This forum ran until 2019 and is now closed to new posts.

A list of currently active SDRplay-related forums can be found here https://www.sdrplay.com/communitylinks

For technical support relating to SDRplay hardware or software, please open up a support ticket via www.sdrplay.com/help

I'm currently developing sdrplay rsp2 code using the older version 2.13 API. I'm having some difficulties with the DC offset wiping out a narrow signal (with and without correction), so I'm trying to use low if modes to eliminate the offset. Alternatively, I could tune off from center but I'm trying the low IF modes first. There are four configurations that work with low IF mode according to the API docs:

I've tried the first three so far, here are average spectra saved from my code. Oddly I'm still getting the center dc spike, despite using mir_sdr_DCoffsetIQimbalanceControl(1, 1): 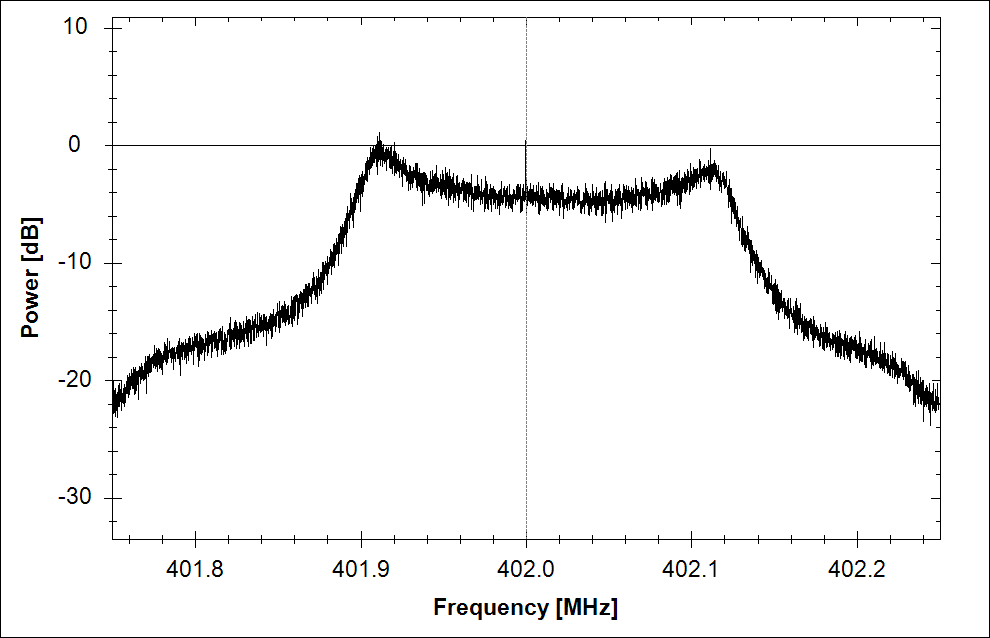 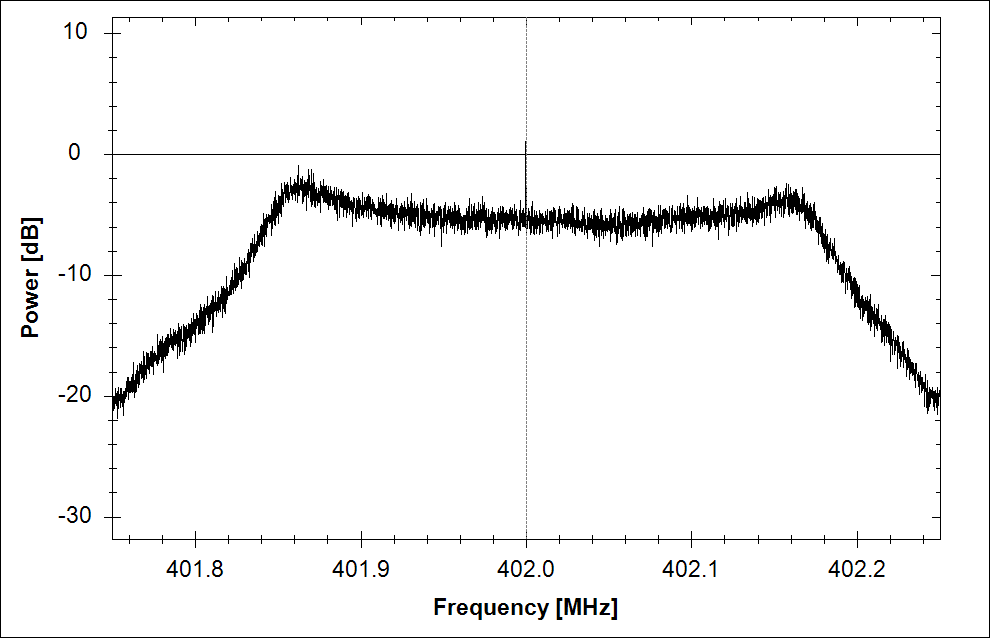 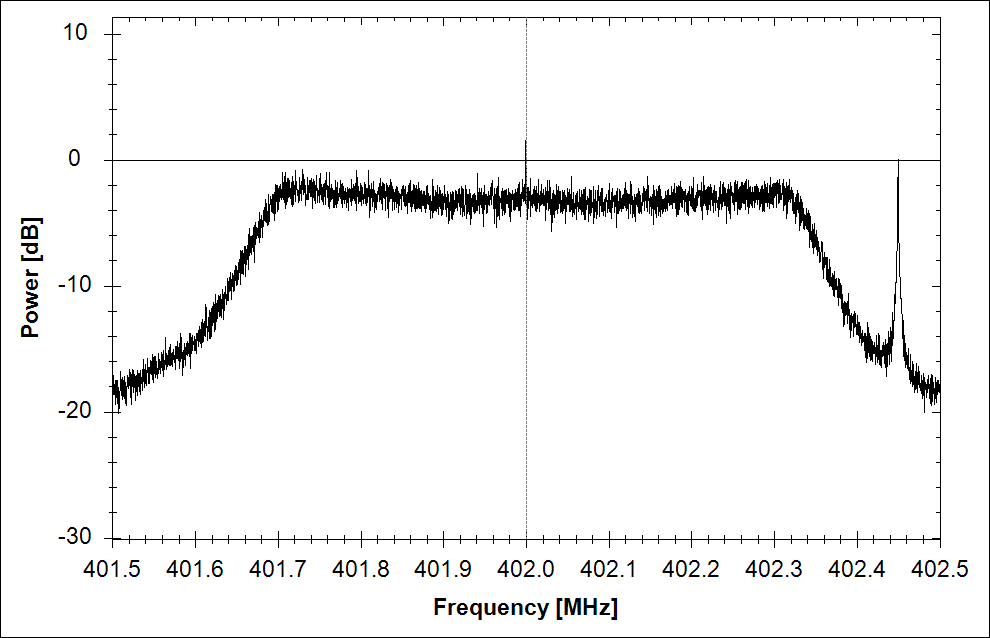 I would like to use the third mode, but I'm confused by the spike on the right. What is causing it? I see the same low if spike in HDSDR, which I believe uses the same v2 api via extio:

Oddly, it doesn't have any DC spike. I'm not sure if they're doing any extra tricks to eliminate the spike, such as subtracting the average I/Q from each sample.

In SDRUno, I'm not given as much control over the low if modes. I can only select "IF MODE: LIF", but not the sample rate which is fixed to 2 MSPS. I'm assuming this comes from the new V3 API which I have not yet explored.

So I guess I have two questions. Should I switch to the V3 API to get cleaner low IF mode output, and are there any other tricks for avoiding or eliminating DC offset?
Last edited by bobasaurus on Thu Jan 01, 1970 12:00 am, edited 0 times in total.
Reason: No reason
- Allen Jordan, NOAA software/electrical engineer
Top

The SDRUno low if spectrum also has no DC spike:

Again, I don't know if this is due to the DC offset being removed during the FFT pre-processing, or if there is no DC offset spike because of the low IF mode.

Low IF mode has a DC spike at the IF frequency - you can see in the 3rd image that the DC spike is at 450 kHz offset from the LO frequency.

Thanks for the information, that explains the spike in the third spectrum... the smaller bandwidth of the first two spectra wasn't large enough to show this spike.

Any idea why I'm getting a narrow center spike on each one? This never shows up in commercial software, but I always see it when calculating average FFTs myself.

I'm intrigued by the new API, I might give it a try. I have to marshall the C calls into C# though, which is proving tricky for some of the new API enums and functions.

In the IQ stream, the centre will be at the beginning of the data, so I would check that you have the right number of points, etc. - I would also try other frequencies to see if you get the same result.